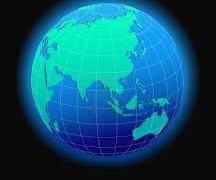 People say never talk about religion (or politics) because everyone has their own beliefs and opinions and it always ends in an argument.  Keeping this in mind, here are some end of the year thoughts on all religions to consider coming into the New Year, 2014:

Catholicism, Christianity, Judaism, Hinduism, Islam, Confucianism, Buddhism, Seventh-Day Adventist, Mormonism, however you were raised or whatever religion you have chosen as a vehicle to help you on your path to a higher place, should be respected and not judged.  So much of religion has to do with location and where we were born into the world, geographically.  This is sometimes lost in the bigger picture of things and definitely complicates our political differences.

Lets try together globally in 2014 to learn more about one another around the world and accept each other for who we are as well as our differences.  There are similarities with many religions and beliefs that people would be surprised to learn about.  It is really quite interesting and empowering to learn about other cultures, traditions and languages.  More and more our society is becoming multi cultural and globally in tune.  As we continue to grow and understand we can learn that our differences are sometimes more similar than we thought.