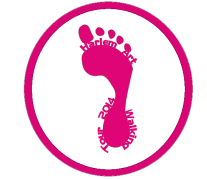 HAWT™ Harlem Art Walking Tour, a satellite program of Casa Frela Gallery, will be celebrating its 10th Anniversary in 2014. To commemorate this milestone, HAWT™ Artists will be featured in numerous arts and community events both in and beyond Harlem, leading up to HAWT™ 2014’s Celebration.

HAWT™ 2013 was a pivotal year, in which HAWT’s mission of weaving the art of business and the business of art into the fabric of the Harlem community, was fully realized. HAWT’s prominent presence in 26 Harlem community and arts events demonstrated HAWT’s commitment to its mission and the community in which it serves.

2013 also saw the launching of the HAWT™ Map App, QR code and comprehensive Guidebook, making the Harlem Art Walking Tour easier to navigate than ever before.

HAWT 2013 kicked off with its Artist Reception the evening before the tour, hosted by Artist & Craftsman Supply, a community-minded employee-owned company, which opened up their newest branch in Harlem in 2013. This fruitful alliance provided HAWT™ with a wonderful venue for the event, as HAWT™ artists and the community welcomed Artist & Craftsman Supply to the neighborhood. The ensuing tour was hosted by over forty venues featuring 100+ artists, while HAWT™ 2013 Educational Partner PS 149 Sojourner Truth School featured selected artwork from their student artists. Tree workshops were hosted by MilliontreesNYC, through their environmental partnership with HAWT™.

This 10th Anniversary of HAWT™ marks the fully realized vision of Casa Frela Curator/Director and HAWT™ founder Lawrence Rodriguez, who in his daily life, lives the quest of fulfilling HAWT’s mission. One of the hosting venues was the newly dedicated Walter Miller III Memorial Sculpture Garden on 13 W. 119th Street, the strip of land entrusted to Lawrence Rodriguez by The City of New York to build a garden. He did that and more, engaging artists, community members and businesses in his quest to transform a neglected piece of land into a living, outdoor gallery where the community can grow and express itself. He named and dedicated the garden to retired NY police officer Walter Miller III, a beloved and revered community advocate.

As Sonja Carter wrote in an article for the GBM News, “Rodriguez is the Pied Piper of Harlem, literally moving through the neighborhood on foot meeting and greeting new and old neighbors daily as he heralds HAWT™ throughout the haunts of Harlem. I dare you to spend a day with him – he will wear you out. But he seemingly never tires and his genuine caring for community never wanes. His mission is clear and his passion is evident.” With a core group of artists working on the evolution of the HAWT™ mission year round, and with the full backing and support of the community at large, Lawrence Rodriguez is proving that the possibilities are endless.

Harlem: See 5 Nearby Homes For Sale

These Are the Faces of Tranquillity