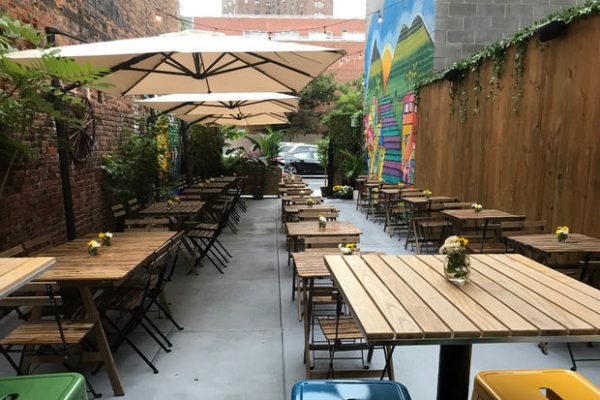 What once was a graffiti-adorned lot on 120th Street overgrown with weeds is now a little slice of Carnivale.

“Before, we used to have to close when it rained,” he said.