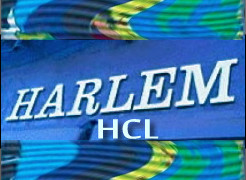 As you walk along Frederick Douglass Boulevard, one of the most striking sights is the statue of Harriet Tubman nestled in the triangle at 123rd Street where St. Nicholas Avenue crosses FDB.  This remarkable sculpture is the work of Alison Saar, an African American artist who has captured the strength and determination of the most famous leader of the Underground Railroad while making a powerful statement about this heroic figure’s impact on both the lives she touched and the institution of slavery.  Alison Saar has constructed the standing figure of Harriet Tubman as an “oncoming train”, aimed at the South, with the faces and shoes of her passengers as well as the precious personal items they carried and the broken shackles they wore, embedded in her skirts.  The exposed roots in her wake symbolize both the uprooting of the institution of slavery and the upheaval faced by each individual slave who chose to seek freedom by severing themselves from the only life they had ever known.  The piece is entitled “Swing Low”, named for one of Harriet Tubman’s favorite spirituals.  Check out the artist’s description of her vision at the link below or, better yet, walk by and take a look for yourself.

About the Author: Native New Yorker