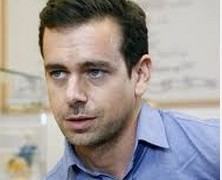 Jack Dorsey (co-founder and co-creator of Twitter and founder and CEO of Square, a mobile payments company), connects with entrepreneurs with businesses based in Harlem, in this fascinating interview.

This interview follows Dorsey’s recent appearance at the Apollo, courtesy of Square’s “Let’s Talk” series, which we first posted about on December 13th 2013.

Says Dorsey about Harlem:  “There’s an electricity in the air.  It’s one of the reasons we chose Harlem for this event.”

Where to Eat and Drink at 14 N.Y.C. Museums Right Now

HarlemCondoLife is African American mom and pop operated blog.  It’s goal is to be of public service to our community, and to showcase all the great things happening in and around the community.  We create our own content but mostly share third party publicly available content.  No rights infringement is ever intended.