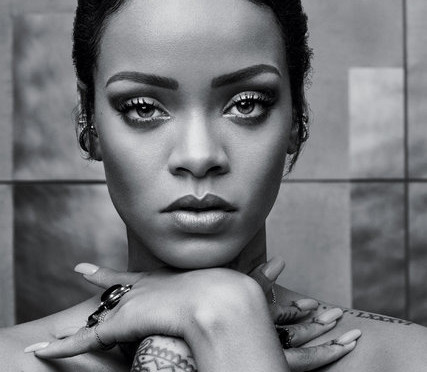 I wanted to ask her about being a young black woman with power in America but it seemed somehow wrong to speak of this; maybe she was postracial now. So I directed my question to a younger Rihanna, and asked if she had suddenly felt aware of race in a different way when she moved to New York. She hesitated, and when I nervously began to apologize, she interrupted. ‘

‘You know, when I started to experience the difference — or even have my race be highlighted — it was mostly when I would do business deals.’’ Business deals. Meaning that everyone’s cool with a young black woman singing, dancing, partying and looking hot, but that when it comes time to negotiate, to broker a deal, she is suddenly made aware of her blackness. ‘‘And, you know, that never ends, by the way. It’s still a thing. And it’s the thing that makes me want to prove people wrong. It almost excites me; I know what they’re expecting and I can’t wait to show them that I’m here to exceed those expectations.’’ She sounded like a young black professional trying to make it in the corporate world, and I guessed she was — just on a very different scale. ‘‘But I have to bear in mind,’’ she continued, looking right at the voice recorder, ‘‘that those people are judging you because you’re packaged a certain way — they’ve been programmed to think a black man in a hoodie means grab your purse a little tighter. For me, it comes down to smaller issues, scenarios in which people can assume something of me without knowing me, just by my packaging.’’