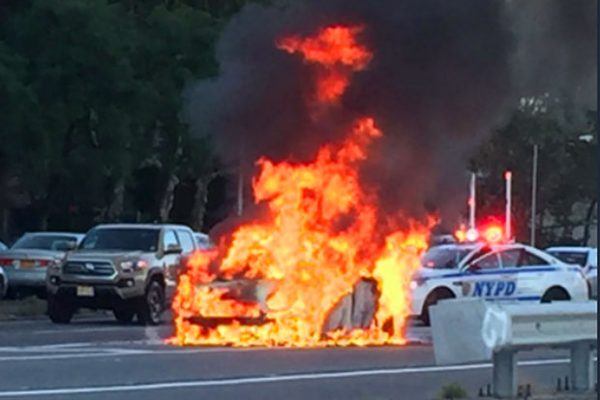 A car burst into flames in the southbound lane of the FDR Drive near East 116th Street Tuesday evening, Oct. 17, 2017. View Full Caption

MANHATTAN — A car burst into flames on the FDR Drive during the Tuesday evening rush, according to the FDNY and witnesses.

The car caught fire in the southbound lane near East 116th Street at about 5:08 p.m., an FDNY spokesman and witness said.

Car on fire on the FDR Drive by RFK southbound. @ABC7NY pic.twitter.com/IZOL2JphMg

There were no immediate reports of injuries, the spokesman

HarlemCondoLife is African American mom and pop operated blog.  It’s goal is to be of public service to our community, and to showcase all the great things happening in and around the community.  We create our own content but mostly share third party publicly available content.  No rights infringement is ever intended.